Serving Southern California
Since 1993
We Accept these Major Credit Cards 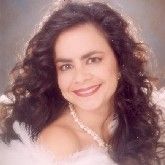 Giesel Smith is an innovative dancer and choreographer with immeasurable experience in performing, teaching, competition and production. Giesel began dancing when she was five, at the Mullsano School of Dance in Brooklyn, New york. As a shy and introverted girl, she developed a new found confidence through movement and creative expression. Her training began with tap, ballet, jazz, and progressed to pointe at the age of twelve. Giesel was awarded a dance scholarship to attend the Mario Melodia Dance camp in Pittsburgh.

In 1978 her family relocated to Los Angeles, California where she continued her aspiration as a dancer. She studied numerous disciplines od dancing including:

Her talents were instrumental as a member of the Varsity Cheer/Song team at John Glenn High School for all four years. Her team qualified and competed in several nationals, ultimately being awarded the title of National Champions in 1983.

Giesel was invited to become a professional cheer and song instructor for the National Cheer-leading Association (NCA). She instead elected to work with her mentor Rey Lozano of U.S. Spirti leaders. The opportunity allowed her to travel abroad, teaching at summer camps, coaching and being contracted to choreograph competition routines. In addition to being on the CSULB Cheer/Dance performance and competition team, she continued her dance training at Cal State University of Long Beach.

Her broad interest in performance and teaching has lead Giesel to a variety of related fields including:

The opening of Stepping Out, has given Giesel a platform to share her creative abilities. She has produced unique Dance Recital Productions that have proven to be imaginative, inventive, artistic and entertaining. From the vibrant, tasteful and age appropriate costumes, to the pleasing music selections, her shows have received rave reviews from parents and audiences.

Giesel’s natural gift for teaching has allowed her to motivate, inspire and touch the lives of countless students.